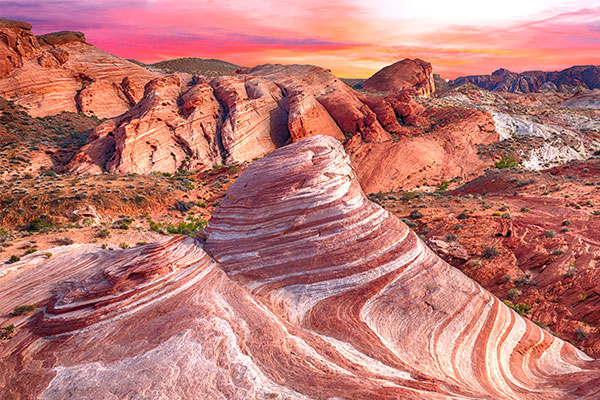 Nevada’s Valley of Fire State Park is one of the most stunning landscapes in America. With close to 50,000 acres of preserved land, the park was the first to be established by the State of Nevada in 1935.

Today, as in years past, visitors flock here to observe a pristine desert environment rich in ancestral reminders and stunning rock formations. Located only 45 miles NE of Las Vegas, Valley of Fire State Park is a pleasant day trip for anyone looking to escape the Las Vegas Strip. 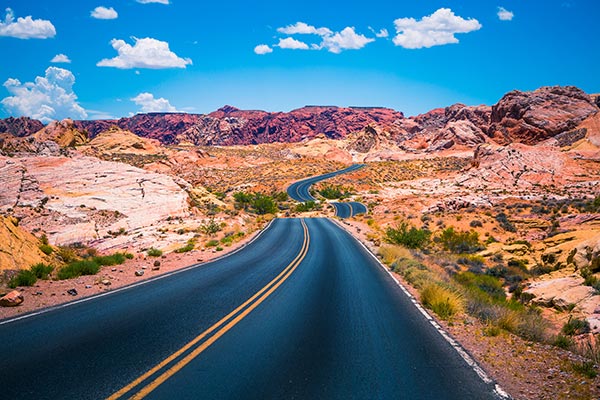 Valley of Fire Highway, a Nevada Scenic Parkway, is the road to the entrance of the park off of Interstate 15. The road winds 15 miles until entering the park boundaries. Visitors are not aware of the long history of the road which they traverse. 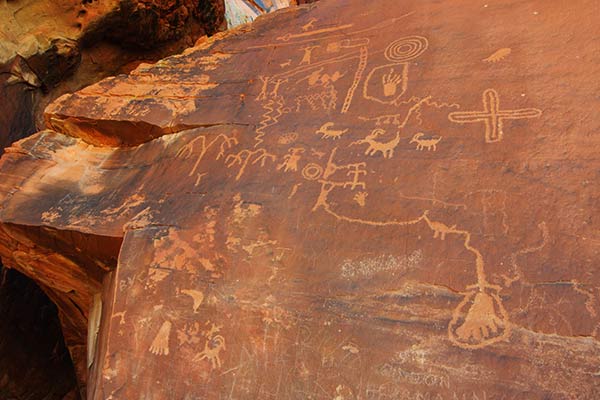 Early inhabitants of Valley of Fire date back at least 4000 years. Prehistoric dwellers included the Basketmaker culture, followed by the Ancestral Puebloans (Anasazi). They farmed the nearby Moapa Valley from 300 BC to 1150 AD.

The ancient peoples likely visited the area for hunting, food gathering and religious ceremonies. Trails from their homelands along the Virgin and Muddy Rivers would have crisscrossed the valley. Later in 1865, the Paiutes lived in the area when Mormons settled in the Moapa Valley.

Atlatl Rock and Mouse's Tank are the best places in the Valley for viewing rock art. Atlatl Rock includes a depiction of the atlatl ("at-lat-l''), an early predecessor to the bow and arrow. Most rock formations are open to the public throughout the year.

Mouse’s Tank is one of the few that you cannot climb. It’s part of a sandy-trail loop that features the best examples of petroglyphs. 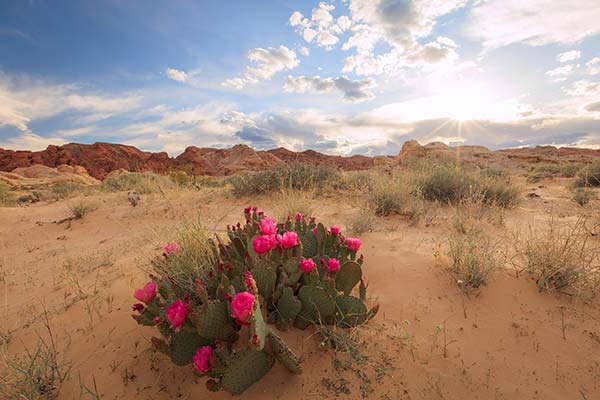 When Spanish settlers began seeking trading routes north of the Grand Canyon, from Santa Fe and New Mexico into California, they followed the rivers and passes. They traveled over many of the native trails that later became The Old Spanish Trail. The main branches of this route did not go through Valley of Fire (it skirted east along the Colorado River), but some of the explorers would have entered the area.

As members of the Church of Latter-Day Saints (Mormons) settled in the area, a recognized travel route was established from Saint Thomas to Las Vegas, NV. It passed directly through Valley of Fire and became known as The Mormon Trail, a leading route for people heading to California. 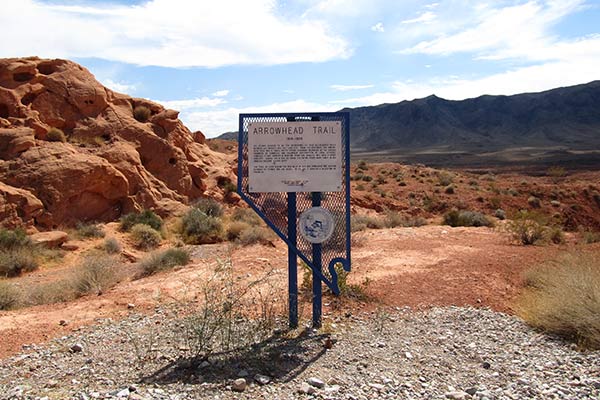 As methods of travel improved in the early 1900’s with the introduction of the automobile, residents of Las Vegas established the Arrowhead Trail Highway Association in 1916. Its purpose was to create the first all-weather highway connecting Salt Lake City, Las Vegas and Los Angeles.

During the construction period (1915 – 1916), the Arrowhead Trail gained national headlines when race car driver Charles Henry Bigelow began traveling the route, each time attempting to set new speed records. A Los Angeles native, Mr. Bigelow was one of the first racers who entered the inaugural Indianapolis 500 in the year 1911. 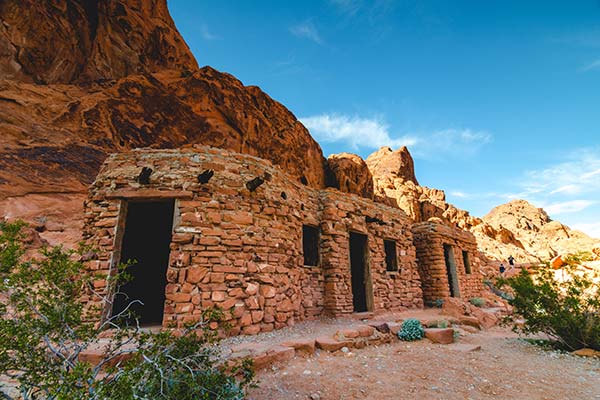 The route for the Arrowhead Trail Highway changed many times. Newspapers covered attempts to drive the passage which sparked many desert driving challenges and publicity stunts. In 1919, nearly 2,000 travelers used the road. This renewed the efforts to lock in the route and build a paved roadway.

In 1926, the highway became US Route 91 and took most of the automobile travel east of the present park boundaries. Until 1960, it was the only good route from L.A. to Vegas and on to Salt Lake City. The route of US 91 in Nevada was replaced with I-15 in 1974.

In the early 1930s, the Civilian Conservation Corps (CCC) built three native sandstone cabins to accommodate campers and travelers to the park. Today, visitors can tour The Cabins at Valley of Fire and enjoy a nearby picnic area.

From the Valley to the Strip 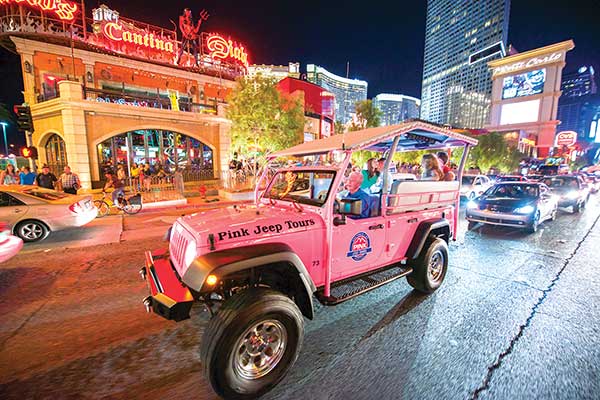 Few people are aware of the link between Valley of Fire State Park and the Vegas Strip. What is known today as I-15, began as a rough, dusty passage that evolved from a trading route to a desert driving challenge to the bright lights of the Strip. It helped Las Vegas become the destination it is today.

You can still experience part of the original route along Las Vegas Boulevard. Pink® Jeep® Tours Las Vegas offers fully guided tours to Valley of the Fire and along the Las Vegas Strip.