If you’ve read Part One of our “Vegas Rocks” series, you know all about the best destinations to go see some amazing rocks in the Vegas area. We talked with Pink Jeep Tours guide, geology expert and Vegas local, Gary Lehman, about some of his favorite “rock star” stops around Vegas.

For part two, we’re going to dive into the specific rocks around the Vegas area—rocks that have names! We’ll explore some of the rock types you’ll find around Las Vegas, as well as a couple individual, standout stars. Hang on: it’s going to be a rocky road (sorry, couldn’t resist)!

The Anasazi, or the Ancient Pueblo Peoples, lived in the area of the Valley of Fire from around 300 BC to around 1150 AD. They left behind several petroglyphs—art carved into the rock walls—that are fairly well preserved and seriously incredible to see. Some of the best of these petroglyphs are found at Atlatl Rock, a rock named after the atlatl, a device the Anasazi would use to launch their spears. There’s a campground close to Atlatl Rock if you feel like staying for a while, or you can stop by and see the petroglyphs on a Valley of Fire Jeep tour. 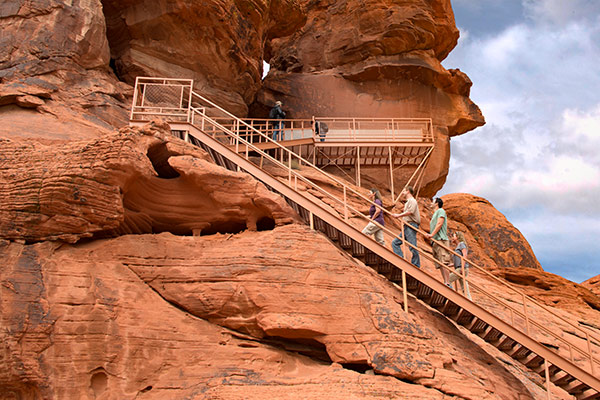 It only takes one look at Elephant Rock to know where it got it’s quirky name: this rock really looks like an elephant, with its giant sandstone “trunk” forming a magnificent archway. It’s quite a sight to behold, and is definitely worth the stop! Your Valley of Fire Jeep tour will make a stop here, or you can check it out on your own. 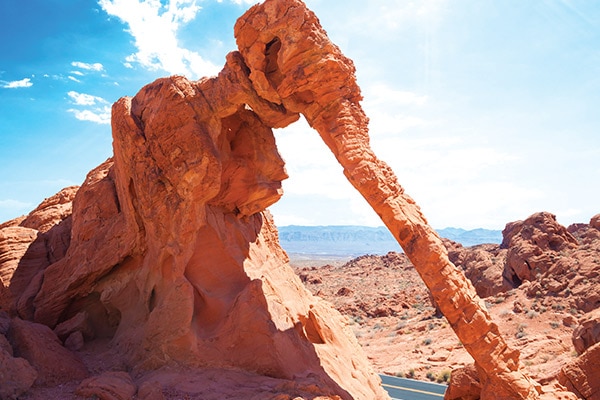 While not a single, specific rock, Aztec Sandstone deserves its own special place among “rocks that have names.” Straight out of the Jurassic period, these rocks make up a large portion of the landscape of Red Rock Canyon. In fact, the canyon features giant cliffs of Aztec Sandstone.  They are characterized by their unique, colorful, otherworldly appearance, and make the perfect backdrop for incredible photos. 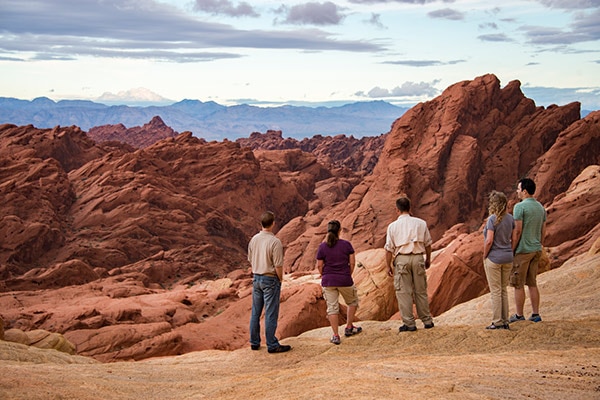 Incredible sandstone formations? Perfect examples of geologic “cross bedding?” Great stop for a one-of-a-kind picture? Check, check, and check. The Beehives in the Valley of Fire aren’t just unique looking, they’re also full of fascinating geologic importance, showing how silt, sind, and water can work together to create natural wonders. This is one photo op you don’t want to miss! 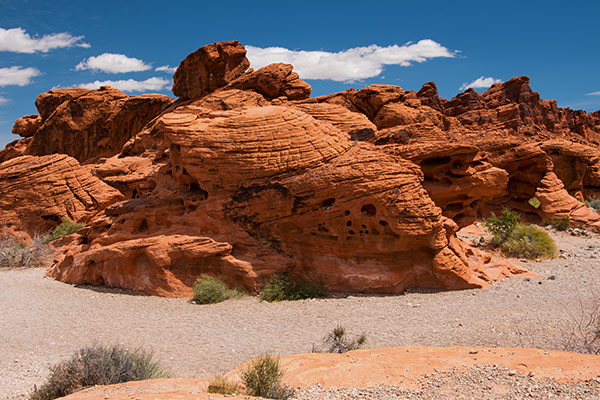 The Seven Sisters mark one of five locations in the Valley of Fire where weddings can be held, so if you decide to visit, you may get a glimpse of a happy couple walking among the red rocks. The seven boulders have withstood the fierce winds that have caused surrounding rocks to erode. Some may see this as a representation of a strong and lasting marriage; others may just think it looks really cool. Either way, it’s worth a stop! 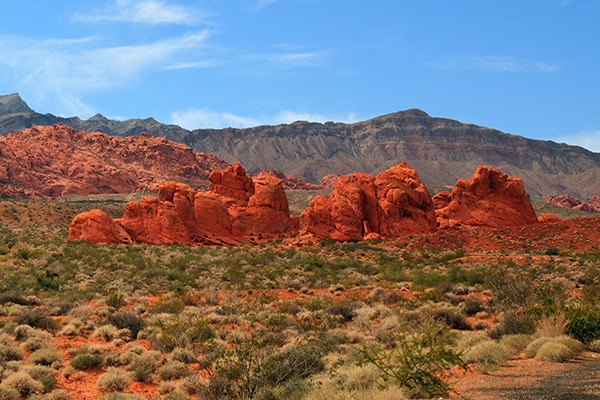 Part of the Keystone Thrust that Gary mentioned in Part One, the Wilson Cliffs, at over 3,000 feet tall, tower above the Red Rock Canyon landscape. You’ll only see rocks like this here, so if you have the chance to venture out that way, whether for a hike or a Jeep tour, you definitely should. These colorful, layered cliffs have been millions of years in the making, and they add a magnificent backdrop to the beautiful canyon. 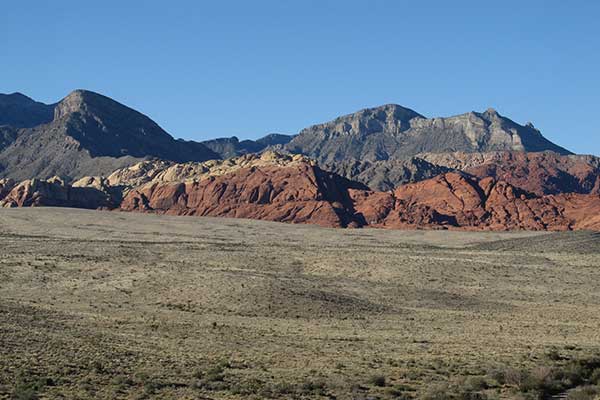 These “rocks that have names” may be lacking some of the glitter and fame of the typical Vegas rock star, but they have a beauty and majesty all their own. On your next Vegas trip, take some time to explore the natural side of Vegas by visiting some of nature’s rock stars. And don’t forget to take advantage of Las Vegas Pink® Jeep® Tours; they’ll take you right to all the best sights, and you’ll have a highly-trained tour guide to act as your personal driver, photographer, and area expert. See you in Las Vegas! 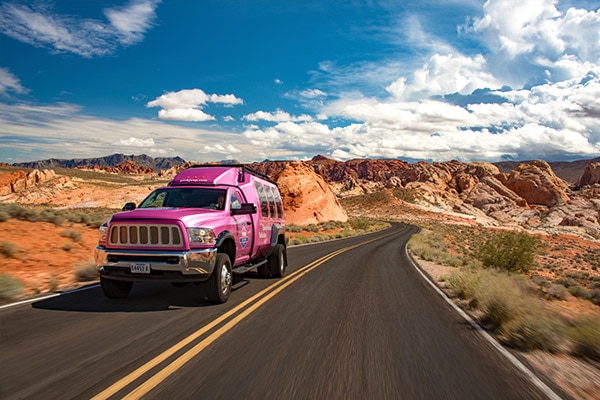